Active Birth is an essential dimension to pregnancy.  Many of us are familiar with the concept of Active Birth. To midwives it often conjures up images of women adopting upright positions for labour and buy zithromax online without prescription birth. To the women and many childbirth educators the concept may spill out beyond the physical, and the buy au cialis soft online implication of becoming active in mind takes on new meaning.

In actual fact the term Active Birth was first coined by Janet Balaskas in the late 1970’s as a then reaction against the highly interventionist management of labour with drugs that had, at the time, become very fashionable within the world of obstetrics. Women frequently gave birth on their backs in order to facilitate the monitoring and procedures surrounding birth. However, many of us forget that until the buy sale cialis 10mg mid twentieth century – when the majority of births in the UK took place at home – the majority of women gave birth on their left side. Interestingly this is a far superior position within which to give birth – first because it is considerably less painful and second because the statistical chance of tearing is significantly reduced.

I first started to question the whole birth ritual as a student nurse in 1977. I spent 12 weeks in the maternity wing of a general hospital. In the Labour Ward I witnessed births that were highly managed with epidurals and drugs to induce the process – and I also saw women giving birth almost without any help at all. There were the sweetest of midwives caring for them – and there were also the most terrifying. It was the terror that drove me to give up the place I had been offered to do my midwifery training. It would not be for another 24 years before I actually became a midwife.

After many years of working as a nurse, when I became pregnant with my first child I started to practise yoga. This was triggered by Janet Balaskas’ Active Birth Handbook which my best friend gave to me with the recommendation “..this is all you need. Don’t read any other book.” And she was absolutely right. Everything in that book made total sense to me. I practised yoga. I swam. I rested. I went for walks. Everything I did for myself, I did for my baby. In my husband’s eyes I was beautiful – and I felt beautiful. I also felt strong and powerful. I was so happy. And it was in this state of happiness that I went into labour and had what I could only describe at the time as “the most beautiful experience ever”. Not surprisingly I had a similar, albeit much quicker, birth the second time at home – kneeling on the floor, resting my arms over two enormous floor cushions wedged into the sofa.

I could have gone on giving birth over and over because I had enjoyed it so much but instead I decided to train as an Active Birth Teacher with Janet Balaskas . I wanted to be able to pass on this knowledge to other women. The direction I took eventually led me into midwifery and sale synthroid 25mg then on to becoming a British Wheel Module Provider for the Pregnancy Module and the YogaBirth Course Director.

Since I first began this work nearly 20 years ago, I have noticed the proliferation of courses in Yoga for Pregnancy, Mindfulness-based childbirth, Hypnosis for childbirth, Hypnobirthing and so on. Indeed I have trained in meditation, hypnosis and HypnoBirthing myself. They are all valid and wonderful ways to prepare for the birth of a new life and I celebrate and rejoice in the fact that there are so many.

All these approaches recognise a dimension to pregnancy and online order prescription viagra birth that is so often missing in a standard antenatal class. Any yoga teacher in Scotland with a strong commitment to helping women in this wonderfully active way, might like to consider the British Wheel Pregnancy Module which commences in Dundee in June 2014.

Practice these every day 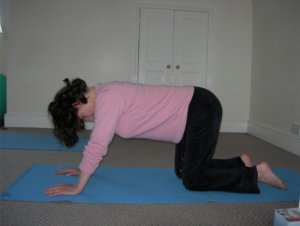 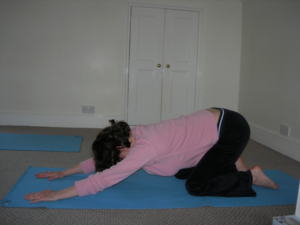 Child’s Pose Balasana/Pranatasana
As you exhale, allow the active weight of the pelvis to lengthen the spine through from the shoulders, the upper back, the waist – to the tailbone
Be comfortable with the sacred space within yourself