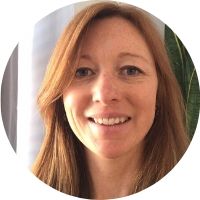 Lauren first became interested in Yoga when she went to University in Bristol in 2003. She enjoyed the exercise, but never really experienced anything more than a physical connection with yoga. She practised yoga on and off over the years, however it never really became a part of her life until she became pregnant with her first son. She practised yoga regularly for the health benefits during her pregnancy but found herself connecting with yoga physically, mentally and spiritually. Positively changing the way she lives her life. She especially enjoyed Hatha and Ashtanga Vinyasa Yoga and then later she discovered Scaravelli inspired yoga through ‘YogaBirth’ when she decided to train as a pregnancy yoga teacher in 2014.

Lauren is a mum to two young boys. She is also a community midwife, supporting women to achieve positive birth choices.