Lying on the Back

It is now nearly 5 years since the Yoga Scotland Guidelines for Teaching Yoga to Pregnant Women were first published. The authors, Kay Millar (a British Wheel and YogaBirth teacher) and myself were asked to produce an evidence based document that would support and guide teachers – particularly if they were setting up dedicated Pregnancy Yoga classes.

What struck me during my initial literature search was, in fact, how little we do know about the effects of exercise on the pregnant woman. I also realised that we, in the yoga world, had created quite a few myths along the way about what a pregnant woman could and could not do. It seemed an appropriate time to try to separate out the fact from the fiction.
My greatest source of help came from the work of James Clapp from the United States – an internationally recognised maternal exercise researcher and obstetrician. In the early 1980’s he began a series of comprehensive studies that have examined the effects of maternal exercise on the course and outcome of pregnancy. His book, Exercising through your Pregnancy – now in its second edition (2012) outlines very comprehensively the evidence and rationale for a number of areas such as:

One piece of advice which Clapp questioned was the guideline by the American College of Obstetricians and Gynaecologists that prohibited supine exercise in all pregnant women. This same recommendation is to be found in guidelines throughout the UK (RCOG 2014;NHS 2014) and, as a consequence, many women have become quite fearful about ever lying on their backs at all.

It is well accepted that about 10% of pregnant women will suffer from a condition known as supine hypotension – a condition, which can often manifest before the third trimester
whereby the woman feels dizzy, nauseous, breathless and generally unwell when she lies on her back (Fraser 2009). It would seem that the pressure of the pregnancy on the aorta and inferior vena cava is enough to reduce venous return and uteroplacental blood flow (BMJ 2011). The reduction in blood flow back to the heart can lead to symptoms that relate to the lungs, the brain and the digestive tract . Although 90% of women do not experience these symptoms when they lie on their backs, it is possibly unwise towards the end of pregnancy to compromise blood flow by doing so. Thus, midwives will always have a woman propped up when lying on an examination couch for any antenatal checks.

In order to explore this whole area in a little more depth Clapp studied and published his paper “Uterine blood flow during supine rest and exercise after 28 weeks of gestation” in 2006 (Jeffreys et al 2006). It was a relatively small study comprising only 14 women in late pregnancy (between 29 and 38 weeks). Measurements of blood pressure, heart rate and uterine artery volume flow were obtained while the women were: at rest in the left lateral position; at rest in the supine position; during and immediately after 10 minutes of supine exercise; and again at rest in the left lateral position.

Clapp was able to demonstrate that blood flow to the uterus drops when pregnant women lie on their backs during the third trimester. This is primarily because there is a constriction of the blood vessels supplying the uterus which occurs in response to a decrease in both venous return and cardiac output. However, once the women begin to engage in exercise, still lying down, venous return, cardiac output and blood pressure all rise. This then increases uterine blood flow to a level significantly above that observed at supine rest in healthy, fit pregnant women. He proposed that the rate of blood flow to the uterus probably varies widely throughout any 24-hour period, suggesting that there is a large margin of reserve within the uteroplacental circulation. Thus it would seem to be reasonable for women to practise pelvic tilts, apanasana or even single leg raises for short periods into late pregnancy, providing they remain asymptomatic.

Lying on the back in a simple apanasana can feel really good across the lower back. The back of the pelvis is supported by the ground and other structures are able to release tension. This informs the body in a way that is not accessible when standing or sitting. If we ask women to place their feet on the floor with the knees bent, then they are able to experience a new relationship between the foot and the pelvis, between the arches of the feet and the pelvic floor – between the breath and the spine through these aforementioned
structures. A few minutes spent exploring the subtleties of this practice helps to build a more balanced practice.

Before taking any woman into such a pose, she needs to know how to roll herself on to her left side in the quickest and most energy efficient way should she feel unwell. Before beginning the posture, it is a good idea to ask all women to take their left arm up and over behind them, bend their right knee and use the purchase of the sole of the right foot to roll themselves over to their left side. They can then choose to roll themselves over at any point should they feel the need to do so. Women who suffer from heartburn or feel breathless when lying down will either adopt this position straight away or decline to lie supine. Women are usually familiar with what they can and cannot do at this stage of pregnancy. Interestingly, lying on the right side can offer more symptomatic relief for heartburn than lying on the left – probably because the angle of the stomach in right lateral offers less opportunity for acid reflux.

There are other reasons too why the supine and semi-supine positions in yoga during late pregnancy have fallen out of fashion. Perhaps the theory of optimal foetal position is one of the most compelling (Sutton 2007). This theory suggests that a lifestyle that favours posterior rotation of the pelvis encourages a greater proportion of babies to adopt the back to back position prior to or during labour. This situation occurs when the baby’s spine is toward the mother’s spine with the baby facing outwards which can then lead to a longer more challenging labour. However, in yoga classes, we are using the posture for very brief periods in the context of a balanced practice – which is not the same thing at all as that described in the theory of optimal foetal position.

We have to be clear, as yoga teachers, that we do not muddle our understanding of yoga in pregnancy with guidelines that come from midwives caring for women in labour. There are more reasons not to lie on the back in labour than there are during pregnancy. For example:
• Lying on the back is more painful in labour.
• Contractions in themselves may compromise blood flow to the baby temporarily so lying
on the back could add to that compromise.
• Epidurals tend to interfere with the normal feedback mechanisms that trigger a woman to
move and change position.
• We have to be careful when interpreting findings carried out on pregnant women in labour who have had a spinal anaesthetic (Gopinath 2011). Such findings should be viewed with caution when considering the effects on a pregnant woman in a yoga class. The best marker is always going to be “how she feels”.

Yoga is about awareness. We risk denying woman the chance to discover that awareness if we are too prescriptive. What feels right for one woman will feel very wrong for another. This simply reflects the wide range of possibility within the practice.

In conclusion, I think we have to be clear within our practice and teaching that Yoga is not all about exercise, and that lying on the back is not all about blood flow. If we narrow our search for answers in this way, we risk missing the more subtle and less obvious effects of how yoga allows a woman to discover and take responsibility for herself and her baby. In summary, the key points to remember when teaching yoga in pregnancy are:

1. Always ask a woman her stage of pregnancy
2. Ask her how she feels if she lies on her back e.g.nausea,dizziness,heartburn,
breathlessness or feeling generally unwell. If she experiences any of these symptoms
or she expresses a wish not to lie on her back, avoid supine positions
3. Always have women lying on their side for relaxation from late second trimester onwards
4. Do not teach any asana in the supine position if you do not feel confident or are in any
way unsure
5. Only have women practising moving asana lasting 2 to 3 minutes maximum, in the
supine position in late pregnancy

Clapp J.F. and Cram C. (2012) Exercising Through Your Pregnancy Addicus 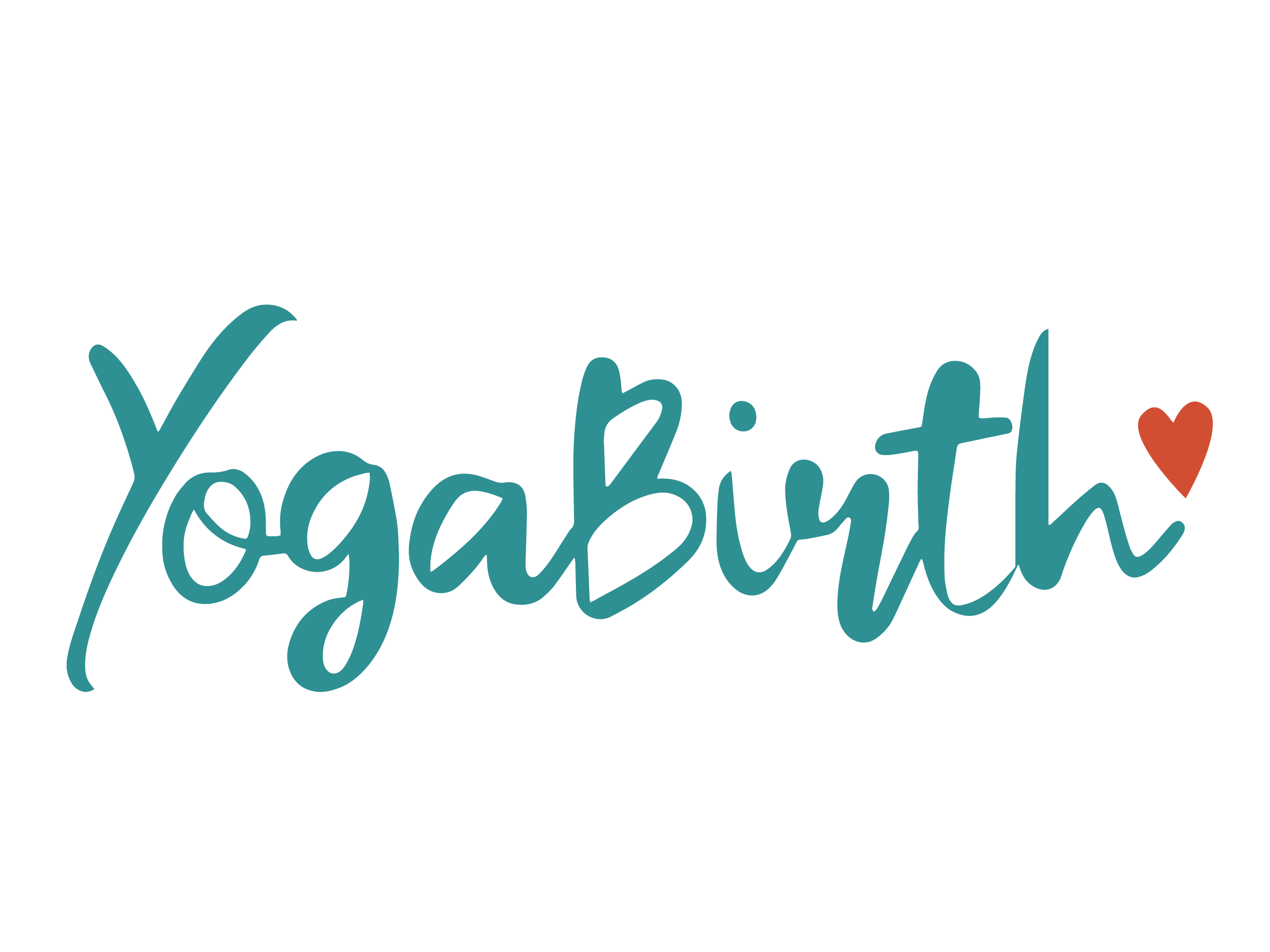